How sure are you about your party affiliation?

This morning I listened to the latest episode in the new NPR Politics podcast discussing “The Battle for Control of the GOP.” National Politics Correspondent, Mara Liasson reminded me of something I learned in my 12th grade AP Government class. You pick your party affiliation based on the “three legged stool”, in this order. 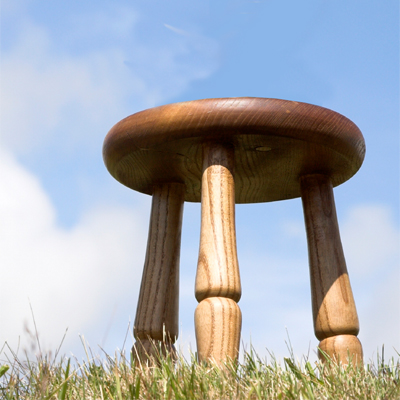 If you split the first two, Defense is supposed to be the kicker. If you fall in line on the first two, your belief in defense won’t sway your affiliation the other way.

I remember Mr. Sanfilippo teaching us this a decade ago. I went home, lining this all up and decided then that I was going to be a libertarian because in all of my 18 year old wisdom, I thought I was above this simplistic model.

In reality though, none of us are. Thats really what it comes down to. Those three pillars should line up with the party we would vote for. When it comes down to it, we vote based on which party holds weight on these issues.

The problem, however, is the GOP is completely fractured on the kicker. In the last debate and the aftermath of terrorist attacks in Paris, foreign policy and defense has divided Republicans. Rand Paul called out Marco Rubio for wanting to spend a trillion dollars to intervene in military conflicts in the Middle East. Rubio hit Rand Paul for being an “isolationist.” Republican governors all over the country are split between allowing Syrian refugees into their states. Keep in mind, thee refugees are fleeing terrorism, not bringing it.

The nice easy model is not so nice or easy anymore. So maybe take the time to reevaluate which party — and which party’s nominee — lines up with your views in those three categories and if their convictions are likely to collapse when one of those legs falls out.