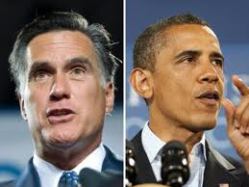 Today is September 1st. There are 66 days left until the United States of America elects its 45th president.

This past week, I have had more conversations than ever about the prevalence of religion in this historic election. We see pitted against each other, more dramatically than ever before, the two dominant political parties; for the first time ever, the Republican platform does not allow for exceptions of rape or incest in regards to abortion (differing slightly from the stance of the LDS Church), and it takes a hard line anti-same sex marriage stance, whereas the Democratic platform is poised to remain pro-choice and to add an explicit statement of support for same-sex marriage. These hot-button social issues of our day will be battled out on the national stage, leaving many voters to feel conflicted and uncomfortable. To what extent can you support a party which boasts support or opposition to causes for which you hold the opposite view? In such a volatile time, how should these disagreements affect our relationships with our loved ones who differ from us? Will this election determine more than just which economic and foreign policies the next president will advocate- will it also go down in history as the election where America set herself on a definitive social policy course?

I find myself somewhat conflicted, not because I am unsure of which social course I personally want America to be on, but because I find that using my religion to gain a voice for my political views is the same method I oftentimes criticize Governor Romney for using. Being in the minority in my religious community has both caused me to question many things and to discover many connections I would never have enjoyed had I not been so vocal about my support for President Obama.

I see beauty in members reaching out to one another in spite of our divisions and offering comfort and support to those who identify with both or neither political parties as we all try to do what is best for our nation. I believe that there is no right or wrong with politics- only differences in priorities. I respect the opinions of those who disagree with me, and I do not intend to put them down for their beliefs.

But I will continue to identify myself publicly as a Mormon for Obama. His policies, his character, and his vision for America resonate with me in a way that Mitt Romney’s reticent, robotic nature and shifting policy views never have. I will not be defined by the majority, and neither will I stand by while press outlets and media organizations inaccurately portray my faith. My support for Barack Obama does not affect my temple recommend status, and I will continue to support him in every way I can until the last ballot is cast on November 6th.
Civility Contributors gay marriage mormons Obama
Do you like this post?
Tweet