Love Thy Neighbor: Even If They Are A Republican

Last Sunday evening, I had the opportunity to volunteer at a Salt Lake County Democratic Party fundraiser. 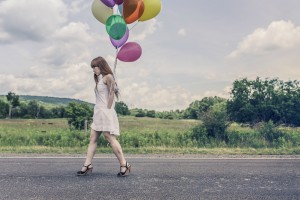 With the exception of a thunderstorm deciding to downpour 15 minutes before the beginning of the event, it was a lovely evening. Once the rain cleared and things dried out, the event was well attended and a success.

The fundraiser was held in a beautiful garden located in an upscale Draper neighborhood. It is the type of neighborhood that you would expect to be both heavily Republican and LDS. I was assigned to work at the reception table at the entry to the event. This was out near the street in easy view of those passing by the home. The front yard was covered with many campaign signs as many of the county-wide and house and senate candidates attended the event. There were signs and balloons proclaiming it as a SL County Dems activity.

Of the several people who worked at the reception table, I was the only active LDS member. The others were either non-LDS or one of them may have been a disaffected or past member, I was unsure. As the evening progressed, we were sitting there enjoying each other’s company and casual discussion, when a pick-up truck came by and blatantly extended a middle fingered salute in our direction, then sped off. I can’t be sure of this individual’s religious affiliation.

Awhile later, a young man stopped his vehicle in front of the house, rolled down his window and yelled “What’s going on?” The group responded that it was a party. “What kind of a party?” shouted the young man. He was informed it was a Democratic Party activity. He then yelled back “bunch of dumb asses.” He then drove a couple of houses down and pulled into the garage. Almost immediately after he pulled into the house, a couple of young men in easily identifiable clothing went up to the house carrying fast offering envelopes. It wasn’t a stretch to conclude this was an LDS family.

I offer this experience not to sit in judgment or criticize. But I want to illustrate how this was perceived by the other individuals, who in turn shared it throughout the party. I said, “Well, that was warm and fuzzy.” And the response from the others was, “Oh, you mean a Mormon Fuzzy.” And, I really didn’t know how to react to that because, in this case, it was accurate.

Living in Utah, and being an LDS Democrat, has its own set of challenges. There are two things here that need our attention. First, on the church side, if we, as LDS members (regardless of political orientation) want to help our non-LDS brothers and sisters examine and embrace the gospel, we can’t continue to respond with hate and ignorance toward those who think, believe or act differently from what we might accept in our lives or homes. We actually have to believe the letter that is read from the First Presidency every election cycle. We also have to believe AND PRACTICE, the message of the 11th Article of Faith. Giving service to the ideas with our lips, but not with our hearts, appears blatantly false and hypocritical to our non-LDS brothers and sisters.

The second challenge is harder for us that our LDS Dems. We must endure the constant badgering, criticism and ridicule that is heaped in our direction from our Republican brothers and sisters in the church. While it may be obvious to us how our beliefs and ideals interface and conform to the gospel. Our Republican brothers and sisters either have conflicting viewpoints or just plain don’t “get it!” We aren’t going to change their minds with well-constructed arguments, clever tactics or cute Facebook cartoons or memes. These might cause some reflective thought. But real change will come as we set the example, model appropriate behavior and follow the Savior’s admonition to love.

The scriptures tell us that love is the basis for all the law and the prophets. If we want to help our Republican brothers and sisters to understand the importance of helping the poor, lifting those in need, providing educational opportunities to all, or respecting those who act, live or believe differently from us, we have to respond to their unpleasantness with love. The Savior’s example to us is love. We know that charity is the “pure love of Christ.” It’s unconditional and it’s real.

So, if some young man tells you that you are a “dumb ass,” don’t respond in kind. Respond with love and remember that the party symbol is a donkey. So perhaps he is paying you a compliment. Just respond with love, a good example and change the world.