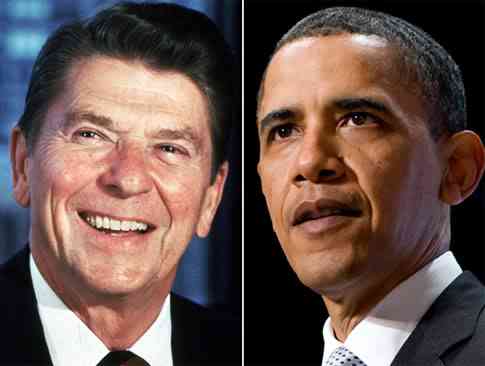 When Bob Dole, a former GOP presidential candidate, was asked if this political climate is conducive to electing someone like Reagan he admitted, "Reagan couldn't have made it. Certainly, Nixon couldn't have made it, because he had ideas. We might've made it, but I doubt it." Reagan’s historical context explained by many on the right is more fiction than fact.  In today’s political landscape Reagan would be viewed as an un-trusted moderate by the right or perhaps wear the “RINO” scarlet letter.

Based on comments and actions as a policy maker it would not be a reach to assume Reagan would support LGBT rights, climate change, immigration reform, and common sense gun legislation. For those who appreciated Ronald Reagan’s compromising spirit, moderate policies, and bias for action, President Obama should be a breath of fresh air.

“I believe in the idea of amnesty for those who have lived here even though some time back they may have entered illegally.” - Ronald Reagan (Oct 21, 1984)

The GOP loves Ronald Reagan...except for his position on guns, immigration, abortion, taxes, and compromising with the left.

Critics of President Obama often cite the national debt or the labor participation rate as evidence of his failed policies. Both of these metrics are being driven by record numbers of baby-boomers retiring due to healthy pensions and robust 401k accounts. With over 40 million senior citizens not working, the National Debt is being hammered through rising Social Security and Medicare expenditures. The labor participation rate continues to fall as these senior citizens, the same ones who drove Reagan’s economy, are leaving the work force. It was up to Reagan’s economy to find jobs for this demographic and up to Obama’s economy to provide means for their retirement.

To be fair there are many policy differences between President Reagan and President Obama. Specifically their approach with unions, military spending, and the role of government separate the two administrations. However, both men are fairly pragmatic when it comes to economic policy, liberal with social policy, and made important compromises with the opposing party to pass impactful legislation. President Obama will always be labeled by those who oppose him politically, but if the final two years of his presidency are continuations of the last two, his place in history will be synonymous with Reagan's.