Our Church Was Once Home to Activists, Suffragettes, and Progressives 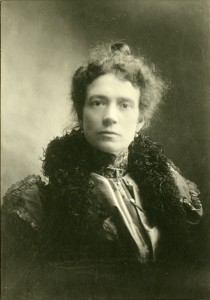 I’m not going to lie—I love the internet.  I love information, history, and personal stories.  It makes sense that I became a librarian.  The story of our Church and people is being told thanks in part to the Information Age.  For some, it might be discouraging, especially when you find out that many ideas of early Mormon pioneers didn’t exactly line up with the current Republican Party.  The Church was full of dissenters, socialists, and progressives.  Many would even argue that the biggest revolutionary of them all was Joseph Smith.  It makes sense—the story of the Smith family is one of injustices pushed on it by the difficulties of the times in early Antebellum America.  From the beginning, the Church experienced poverty, disease, alcoholism, bankruptcy, and social issues that plagued Antebellum America.

The consequences of Joseph Smith and the Early Mormons was a political and religious revolution.  The freedom, wealth, and liberty enjoyed by Utah Mormons is owed in no small part to the work, political protests, and difficulties that the early pioneers experienced.   The religious and social dreams provided by the vision of Joseph Smith spoke to the desires of not only Americans, but thousands of immigrants from Industrial England, Scandinavia, and Western Europe.  During the Progressive Era in America, Mormons played a key role too.  I could spend space gloating over a few of my heros, but here are some links to a few of my favorites:

Today, activism is blatant.  People are just as likely to wear their beliefs on a blog, or a FaceBook page as they are to attend a political rally or a neighborhood caucus.   For many in our community, this might be alarming—but I assure you that among many of these young brothers and sisters there is a valid concern for the social issues that they have embraced.  Labor, the environment, inequalities among our single household mothers and our sisters, poverty, and violence are just a few issues that have made headlines within our Mormon community.   Too often, the issues are met with ignorance (and I’m not using the Utah definition for ignorance), hatred, and rigidness.  Too often we have allowed these awesome young brothers and sisters to feel unwelcome.  Too often we judge them.   Too often we equate their causes with something negative or bad, when all we need to do is take a little time to ponder or sympathize and talk with them.  Social justice was always a hallmark of the early church, and yet for a season, it seems to be lost.

In 1992, the First Presidency issued a statement, “We call upon all people everywhere to recommit themselves to the time-honored ideals of tolerance and mutual respect.  We sincerely believe that as we acknowledge one another with consideration and compassion we will discover that we can peacefully coexist despite our deepest differences.”  Church News, 24 Oct. 1992, p. 4.

Our Church was once a welcome place for activists, suffragettes, and progressives.  It’s time we welcome them home with open arms.  Booting people out of the Church and community won't solve the problems that face all of us.