There Are Plenty of Reasons I'm Not a Ron Paul Libertarian

I have many friends, relatives, and work acquaintances who subscribe to the Ron Paul libertarian wing of the Republican party.   If you ask them, they will say, “Republicans and Democrats are totally corrupt and they don’t want to have anything to do with either party.  No labels [conservative, liberal, etc.] apply to us, thank you very much.”  I’m always one who likes to find out other beliefs.  I enjoy a good discussion—even though many times it ends up with, “We will just have to agree to disagree.”

There are a few things Ron Paul Libertarians and I see eye to eye on.  I think Ron Paul is correct concerning civil liberties, wars, and censorship issues.  However, out of respect to many of my friends and relatives (those who can't understand why I don't jump on the libertarian/Ron Paul bandwagon), I want to point out my main disagreements with Ron Paul and his brand of libertarianism. 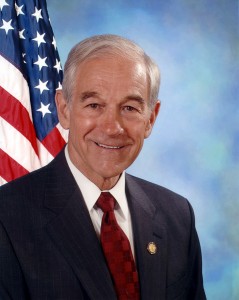 My main criticisms that I have are these:

I do believe that there is better information available concerning the Federal Reserve.  For instance, I’m impressed with this book.  I’m not keen on suggesting articles by Salon, but I think this writer has got it right—or left in our case.

and the response by Robert Schlesinger:

I sympathize with many of our Brothers and Sisters. Sure, a third party might be essential for a healthy political system.  Politics can leave anyone disappointed. I just question whether delving into libertarian politics is a good idea.   As a Mormon, I'm a seeker of truth, not conspiracy theories, secession, and false rumors.  I'm not quite sure Ron Paul provides ideas and beliefs worth my time.  If Ron's son Rand is the GOP nominee for the next Presidential election (as I predict), heaven help our two party system.