The foods we choose to eat are a product of our culture. The best parts of holidays and family gatherings are often meal times. And when we think of a holiday, we often think of the foods that accompany them: Thanksgiving and turkeys, Christmas and roasts, Memorial Day and barbecues. With the 4th of July this week, grocery stores across the nation are rapidly stocking hamburgers and hot dogs to meet the demand. Nonetheless, there are three important reasons why you should consider significantly cutting back your meat consumption, now. 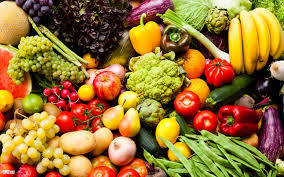 Most people do not realize that meat production has a greater impact on climate change than all of the worlds automobiles, trains, boats, and planes combined. Livestock farming accounts for about 18 percent of human greenhouse gas emissions annually, whereas global transportation accounts for 13 percent. Livestock farming affects climate in three ways: manure, flatulence, and deforestation. Yes, cow farts and cow pies really do have an impact on climate. Manure from all varieties of livestock generates nitrous oxide, a gas that has 296 times the warming effect of carbon dioxide. Livestock flatulence releases methane gas, which has 23 times the warming impact of CO2. When you consider there are 100 million cattle in the U.S. alone, and that each cow releases 200 liters of methane gas per day, that has a noticeable impact on climate.

The biggest impact, however, on the environment from livestock farming comes from deforestation. Worldwide demand for meat has been booming in recent years, driven in part by the growth of lesser-developed economies like China. Forests, especially in South America, have been cut down at alarming rates. Trees are an important ally in the fight against climate change as they absorb a significant amount of CO2 when they are alive. However, that CO2 is released when they are cut down, processed, and burned. There is also evidence that livestock farming can degrade the quality of the soils for future crop use. Scientists estimate that if every American reduced their meat consumption by only 20%, the net effect on climate would be the equivalent of each household switching from driving a standard sedan to a hybrid Toyota Prius.

"We have come to see ourselves as [Earth's] lords & masters, entitled to plunder her at will." -@Pontifex #PopeForPlanet #ActOnClimate

LDS scripture calls for wise environmental stewardship: we are taught that the earth and all the things on it are to be used “with judgment, not to excess, neither by extortion.” (D&C 59:18-20). As Pope Francis so eloquently wrote in his recent encyclical on the environment:

“The Earth's resources are being plundered because of short-sighted approaches to the economy, commerce and production... Humanity is called to recognize the need for changes of lifestyle, production and consumption, in order to combat [climate change].”

If you’ve ever gone into a McDonald's with a big appetite like mine, and gobbled down a couple of double cheeseburgers, you may have also experienced the stomach ache that almost invariably follows. That’s because your body is telling you that what you ate was not good for you.

The typical American diet is centered around meat consumption. According to the U.S. Department of Agriculture, in 2012, the average American consumed 71.2 pounds of red meat and 54.1 pounds of poultry. Nonetheless, a barrage of peer-reviewed nutritional studies in recent years have linked excessive meat consumption with a wide host of diseases and ailments. A variety of cancers, including colon and breast cancer, as well as heart disease, obesity, type two diabetes, high cholesterol, stroke, and much more are known to be caused by high meat diets. One of the largest nutritional studies ever conducted, in a partnership between Cornell University, Oxford University, and the Chinese Academy of Preventative Medicine, determined that animal proteins promote the growth of cancer. The study also found that people who eat the most meat have the most chronic diseases. Those who live on plant-based diets tend to live much healthier, longer lives.

SCRIPTURES TELL US TO

Mormons are well-known for their strict adherence to a health code called the Word of Wisdom. In modern times, most of the focus has been on its prohibitions against substances like alcohol, tobacco, and coffee. However, this passage of scripture also prescribes the basics of a healthy diet; it says our diet should have a foundation of plant-based foods, and that meat should be eaten “sparingly”:

Yea, flesh also of beasts and of the fowls of the air, I, the Lord, have ordained for the use of man with thanksgiving; nevertheless they are to be used sparingly; And it is pleasing unto me that they should not be used, only in times of winter, or of cold, or famine. (D&C 89:12-13)

It’s worth noting that this scripture was received at a time without modern conveniences like grocery stores, refrigerators and freezers. People ate more meat during winter because plant-based foots were less plentiful. However, we no longer have that excuse as we can now buy our favorite grains, fruits and vegetables year-round.

So as you head to the grill this weekend to grab a burger or two, remember, regardless of your political or religious beliefs, there is reason enough for everyone to eat less meat.