What Do Stalin, Mao and Obama Have in Common? Nothing. 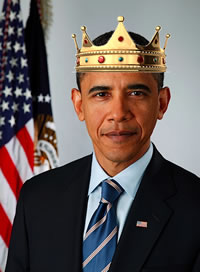 Over the past several years, as President Barack Obama has occupied the White House, his detractors have ceaselessly labeled his policies as communist or socialist. Pundits like Glenn Beck often carefully choreographed imagery of the Soviet Union’s hammer and sickle flag, or the Nazi’s swastika when referring to Mr. Obama and his policies. The notion that Democrats support socialism has become a foregone conclusion in conservative communities. As one who formally studied economics and political science at BYU, hearing these terms twisted far from their actual meaning, and observing the comparison of programs like Medicare and the Affordable Care Act to Stalinist Russia, make me cringe. For Republican strategists, the purpose in making such comparisons to the genocidal regimes of Stalin, Mao, or Hitler is obvious- striking fear in their largely uninformed constituents. This messaging strategy has worked marvelously as more and more Americans now simply refuse to even consider the merits of any policy proposal that the GOP punditry has labeled “socialist” or “communist.”

The truth is that communism and socialism, two similar ideologies that also have some important distinctions, have nothing in common with contemporary America. Under communism or socialism, all or most means of production are the property of the government or society as a whole. Very little, if any, private property exists under these systems. The vast majority of decisions about production and distribution of goods and services are administered by the government rather than private enterprise. Under communism, society is eventually supposed to evolve into a classless structure. Citizens’ rights to consumer goods are unaffected by their own productivity. As Karl Marx once said, “from each according to his ability, to each according to his need.” Communism and socialism generally seek an equality of outcome for all citizens.

In today’s America, the government does not own or control the majority of the means of production— not even close. Does the federal government tell Dell how many computers they can make, what type of computer to produce, and at what price they can sell them? Of course not. Our economy is not centrally planned. A good measure of the government’s reach the economy is the overall tax burden as a percentage of GDP. For the U.S., that number is 25.1% in 2014, which is lower than every other developed country. The U.S., like the rest of the industrialized world, has a mixed market economy. In a mixed market economy the private sector is dominant; however, the government typically provides a basic safety net, education and infrastructure, while ensuring public and consumer safety, free and fair competition, and so forth through regulation. A completely laissez faire economy with no government involvement only exists in the hearts and minds of libertarians and anarchists. Such an arrangement has never and will never exist because the real world is a lot more complex than the oversimplified Ricardian economic model.

Comparing Democrats’ or Mr. Obama’s policies to Stalin’s Russia, Mao’s China, or Hitler’s Germany is a deep intellectual dishonesty that dishonors the victims of those homicidal totalitarian regimes and cheapens the seriousness of the perpetrators’ crimes. These brutal regimes orchestrated mass torture and slaughter of innocents. Trying to contrast a law that provides seniors or the working poor with health insurance to regimes of mass murder shows intellectual bankruptcy. Godwin’s law is an adage which asserts as an online discussion continues, the likelihood of a comparison involving Nazis or Hitler increases. A corollary to this law is that once such a comparison is made, the thread is finished and whoever mentioned the Nazis is widely considered to have lost the argument. Invoking such comparisons in today’s American policy debates is a losing argument.

A statement by President Abraham Lincoln helps provide context to the aims of progressives and their policies: “The role of government is to do for the people what they cannot do better for themselves.” President Obama made this concept even clearer when he stated, “Government cannot solve all our problems, but what it should do is that which we cannot do for ourselves: protect us from harm and provide every child a decent education; keep our water clean and our toys safe; invest in new schools, and new roads, and science, and technology... It should ensure opportunity not just for those with the most money and influence, but for every American who's willing to work.” Progressives and Democrats do not seek equality of outcome as sought by communists and socialists. Rather, we strive for equality of opportunity. The difference between these two concepts is profound.

"If a free society cannot help the many who are poor, it cannot save the few who are rich." -John F. Kennedy #UniteBlue #Liberty — Mormon Democrats (@MormonDems) August 26, 2014