Who, After All, Speaks Today of the Annihilation of the Armenians?

I served my mission in a small country called Armenia.  When I was there I learned of the atrocities committed by the Turks during World War I when the whole world was looking somewhere else.  About 1,500,000 ethnic Armenians who were Turkish citizens were slaughtered.  The Genocide was forgotten and to this day Turkey does not recognize what they did, regardless of the mountains of evidence supporting the genocidal action.  When I was there, I participated in commemorating those who passed.  Each year on April 24th, thousands of Armenians come to recognize what happened.  They come and lay flowers at the eternal flame in Yerevan.  A flame that burns year-round in remembrance. 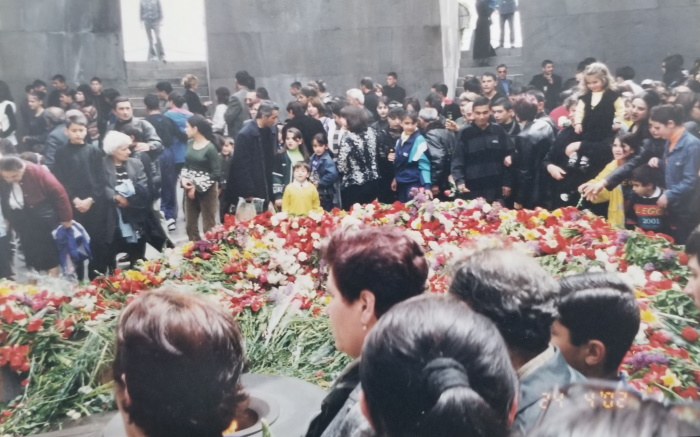 Fast forward to World War II when the Nazis came to power.  Adolf Hitler was working out his genocide of Polish Jews.  At the time he said, "I have placed in my death-head formations in readiness...with orders to send death mercilessly and without compassion, men, women, and children...who, after all, speaks today of the annihilation of the Armenians?" 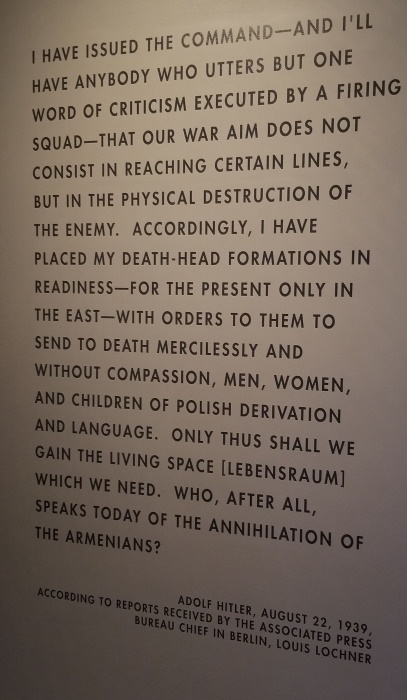 Today, because of the foolish decision to withdraw troops from northern Syria, our Kurdish allies are experiencing the same genocidal proclivities from Turkey.  These are the same Kurds that helped us defeat ISIS when Turkey did not help; the very same Kurds who helped the allies during World War II, fighting alongside the British against Nazi Germany and Italy; again in WWII Turkey stayed on the sidelines, refusing to get involved until the war was almost won.

It is truly a shame on our country that President Trump has essentially told President Erdogan of Turkey that he can murder Kurds the same way his forefathers murdered the Armenians.  Because we have such an unprincipled President, there will be none to come to their aid. 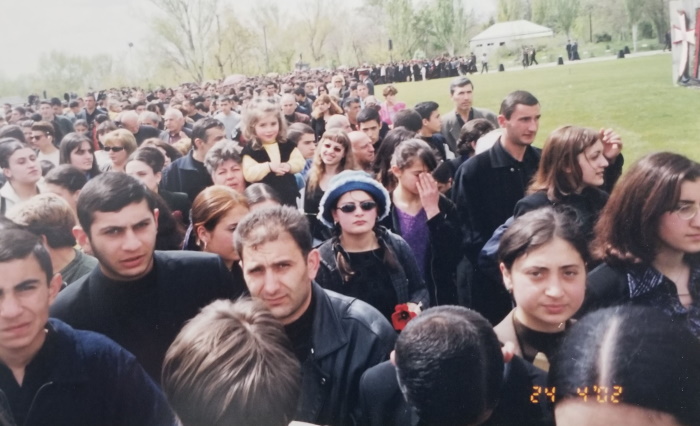 In the very same breath President Trump says he's making good on his promise to pull troops out of the Middle East, he talks about troops he's sending to Saudi Arabia.

Here is another truth that President Trump missed: his actions are spawning a new generation of people who hate America - this time from a group who loved us.

In a matter of a few weeks, we'll have more scandal inflicted on us by this President and few in the west will even remember the Kurdish Genocide.

The Kurds will remember. 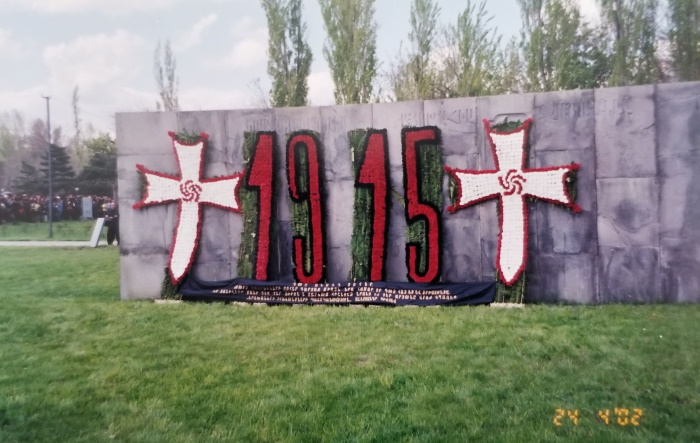