Why We Weren't Prepared for COVID-19 Part 3

After President Trump declared a national emergency on March 13, I think most people in the United States (including me) breathed a sigh of relief. After watching the signs, reading the news, seeing the infected count rise day after day, we needed some leadership at the top. While the performance of his declaration was not spectacular, at least he did it and now the country could get to work on minimizing economic damage and lives lost.

That hope was in vain. 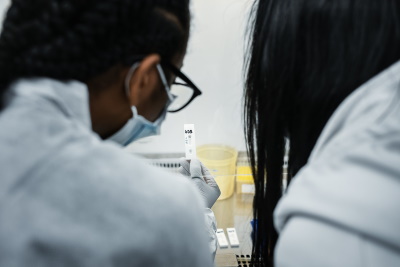 Immediately after his press conference in the Oval Office, it became clear that his response would be more of the same: minimizing, shifting blame, and overall childish, narcissistic behavior. The first two days after the emergency declaration, I watched his press conferences. Hoping to get information on the spread and severity of the pandemic in the United States, I was disappointed. Sitting through those briefings was aggravating. Hours of press conference yielded 5 or 10 minutes of useful information. The most disheartening moments were his belittling and utter contempt for the news media: those who are there to get the truth to the rest of the country.

One moment in particular made me decide to stop watching the press briefings. On March 20, NBC White House Correspondent Peter Alexander asked what seemed to me to be softball question; a question any leader should have a ready answer for; a question most people would have enough empathy and feeling to answer reasonably. He asked, “What do you say to Americans who are watching you right now who are scared?” President Trump’s response, “I say that you are a terrible reporter, that's what I say. I think it's a very nasty question. I think it's a very bad signal that you are putting out to the American people. They're looking for answers and they're looking for hope.” Mike Pence’s response to the same question? “Don’t be afraid. Be vigilant.” No belittling; no gaslighting; no boorish, bullying behavior. Just a human response to a real fear.

President Trump then continued to shift blame and responsibility. He famously said he takes no responsibility at all for the response or his firing the pandemic response team. He said that this is a responsibility that should be left to the states. So, does that mean that each state needs to send a team of epidemiologists to China? 50 different teams in each country scattered throughout the world? Does each state need to have a stockpile of supplies? It would make much more sense to have a centralized location to have the supplies to disburse to the hardest hit areas.

He has blamed President Obama for not having tests, even though the virus didn’t even exist during Obama’s presidency. He has told the governor of New York that he’s asking for too many ventilators. Since that time, bodies have been buried in a mass grave on an island across from New York City. As of this writing New York State alone has 16,106 deaths caused by this virus.

The federal government’s entire point of existence is to coordinate response between states, yet since the emergency declaration, states have been bidding against each other: driving up the costs of masks and other necessary personal protective equipment (PPE).

On March 27, President Trump said that we are testing accurately and that anyone who wants a test can get a test, something that is patently false. Even as of this writing on April 17, I cannot get a test. A few days later Trump talked about how we will shortly have a lot of drive-through testing available. We don't.

To be clear, we are testing more than we have before.  The increase in testing is not because of the Trump administration’s response, however. More tests now exist largely because of states individually, private donors, and universities: each of them uncoordinated.  It is still not enough.

We have a strong centralized democracy for a reason. We are not living in the European Union. We’re not living under the Articles of Confederation. We live in the United States of America. We need a president who can guide us through this.

We have no such president.