A Knockout Punch by Harry Reid 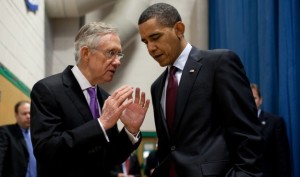 We congratulate the team of Democrat Leaders negotiating the successful end to the government shutdown. We supported their efforts and have a special passion for Senator Reid's masterful legislative skill as Majority Leader. Throughout the ordeal Reid refused to give in to any of the changing demands from Republicans. He also won support from several Republicans in the Senate and eventually prevailed with a bill that was ratified by the House.

Throughout the standoff Republicans continued talking about "negotiation" and "compromise" but their actions reminded voters that a significant portion of their party does not believe in either. Many Republicans took an extreme stance regarding government's role, pushing the mantra "government is the problem" to new heights. Some, like Congresswoman Michele Bachmann, even celebrated the shutdown. Harry Reid recognized their gleeful posturing and understood the improbability of governing those who maintained ideological divides around the role of government. 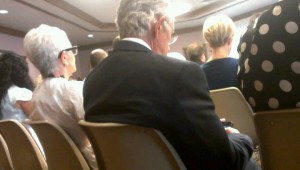 We here at MormonDems are proud to call Senator Harry Reid, "Brother". Senator Reid is a faithful member of the Church of Jesus Christ of Latter-day Saints. He attends church on a regular basis in a local Mormon congregation as an active participant in Sunday school classes. As a convert to the LDS Church, Harry Reid's religious commitment is an exemplary personal choice. For many of our readers this is surprising, but Senator Reid does not leverage his religious practice into a media event.  Former Republican US Senator Bob Bennett (who was relieved by the Tea Party giving way to Mike Lee) recently spoke at BYU Idaho about politics and noted what a good member of the church his friend Brother Reid is.

In a church where members are held together by common beliefs and uniformed practices we are surprised by the extreme animosity directed at Senator Reid by fellow members.  Throughout the 2012 presidential election the authors on this site took care when disagreeing with Governor Romney, as not to be disagreeable.  Even though there were wide divides in our positions, we never would cower to the level of personal attacks because Romney didn't share our political preferences. 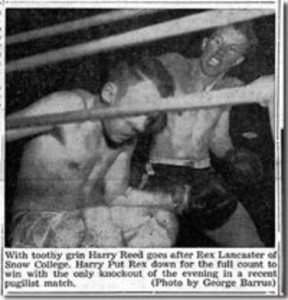 We all acknowledge that as an individual and politician, Senator Reid has flaws. Who doesn't? Some imagine him to be weak because of his soft-spoken demeanor. Others find him to be abrupt or even ruthless when challenging political opponents or leading to a resolve. Many do not understand Senator Reid's personal history, a great American story of a young man from a small corner of our country that was able to rise to his current influence. Regardless of understanding, Senator Reid has been a very effective political leader; one who promotes the same values the Framers aspired while writing the Constitution.

Senator Reid was a talented boxer in his youth setting him up well for his battles in politics. His pugilistic tendencies to fight for what he believes may be part of his internal nature.

We're just glad he's on our side. Go, Harry!