Too many conservatives today practice cafeteria morality. They boldly stand in defense of moral issues when they feel like it, and send "thoughts and prayers" when they don't.

Believing in God is commendable, but most people want to do more than listen to inspirational sermons or dream of their mansions above. They want to put their faith into practice. They want to roll up their sleeves and become engaged in this great cause.

-President Uchtdorf (Come, Join with Us)

For some reason, it seems that conservatives tend to send "Thoughts and Prayers" for issues of morality that can be helped with liberal approaches, but actually get to work whenever they think an issue can be alleviated by conservative policy.

"Thoughts and Prayers" just are not enough when it comes to morality.

Jesus’s teachings were not meant to be theoretical. Always they were to be acted upon.

We are called upon to get our hands dirty. To do, rather than to just think. To act, not just pray. To ask for help from God, but then to actually work.

You and I may speak most eloquently of spiritual things. We may impress people with our keen intellectual interpretation of religious topics. We may rhapsodize about religion and “dream of [our] mansion above.” But if our faith does not change the way we live--if our beliefs do not influence our daily decisions--our religion is vain, and our faith, if not dead, is certainly not well and is in danger of eventually flatlining.

In today's world, popular opinion might suggest that the only moral issues are marriage and abortion. This incredibly limited and limiting definition of morality relies on a worldly misconception. Morality should not, cannot, and will never be defined by popular opinion. If we allow society to define what is and what isn't a moral issue, we will stand neutral on too many issues of eternal import.

Satan need not get everyone to be like Cain or Judas . . . . He needs only to get able men … to see themselves as sophisticated neutrals.

The problem here is a very narrow definition of morality. Too often, conservative society encourages us to visit the right side of the cafeteria of morality and just pick anti-abortion and anti-marriage equality arguments, choosing to leave behind all the morality on the left side of the cafeteria that deals with starving children, systemic racial oppression, unjust economic systems, pollution, unequal access to education, systemic poverty, amoral business behavior, sexual violence, faulty criminal justice, bigotry, sexism, war, and grinding the faces of the poor.

[W]hen morality is involved, we have both the right and the obligation to raise a warning voice.

We can say we're motivated by our morals, but we are too often missing the point. We can say we're against immoral behavior, but if we're only informed by a very conservative interpretation of two moral issues, is it really morality we're defending? 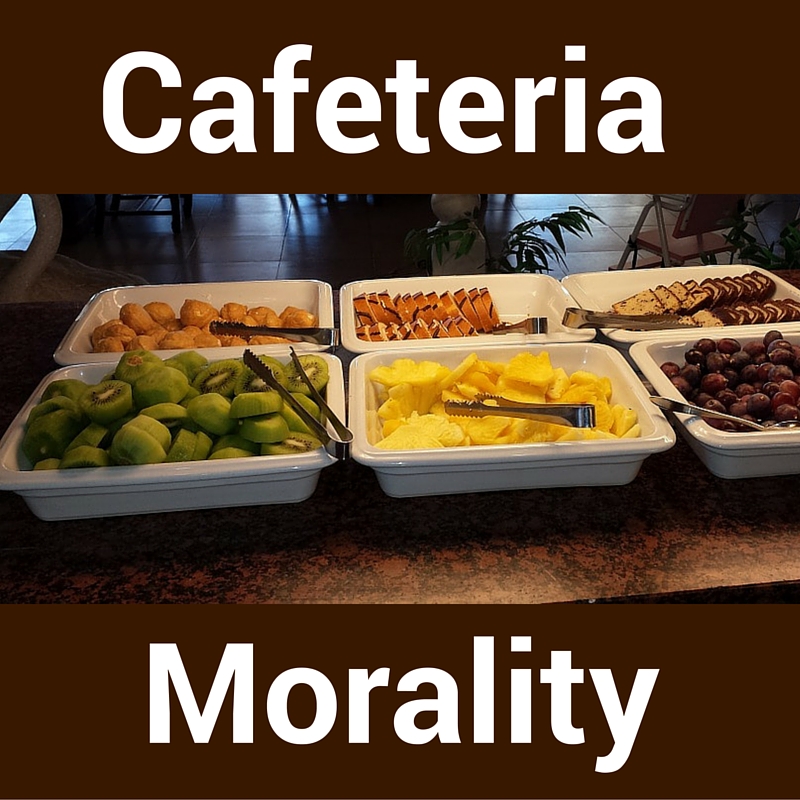