Myth Romney and the Real Truth about Obamacare 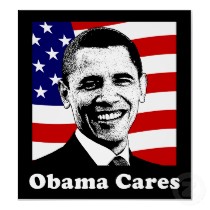 This piece was written by Brett Aurich in response to the post, 'Liberals in the Midst.'  Brett addresses many of the myths surrounding the Affordable Health Care act, and the referenced statistics are found in the links below.  We borrowed the title in part from the excellent article by Ernest Dumas.

Myth 1: Obamacare is being partially funded by a $700 billion cut to Medicare.   (FALSE)
Reality: Funding for Medicare will actually increase over the next 10 years. However, the rate of increase will drop, partially due to more aggressive prosecution of fraud and a reduction in overpayments to insurance companies.

Myth 2: Obamacare will introduce "death panels" that will severely ration care and will force elderly patients to commit suicide or submit to euthanasia.    (FALSE)
Reality:  There have been several versions of this claim; the most recent is that the Independent Payment Advisory Board will ration care and will make end-of-life decisions for patients.  In truth, the IPAB is basically powerless.  Ironically, death panels existed before health care reform -- they were run by your insurance company. Insurers have regularly denied coverage for pre-existing conditions, canceled policies on sick patients, refused to pay for vital, life-saving operations, and otherwise made financially-based decisions about who would get to live and who would be left to die.  According to one congressional report, three insurance companies -- UnitedHealth (UNH), WellPoint (WLP) and Assurant (AIZ) -- saved $300 million by canceling policies on over 20,000 sick people over a five-year period.

Myth 3: Obamacare will force the middle class to pay for health care for poor people and illegal immigrants. (FALSE)
Reality: Many health care reform critics have argued that America already has a universal health care option: emergency rooms. After all, the argument goes, when people without insurance find themselves in desperate need of medical attention, they can always find help in ERs, which are required by law to open their doors to anyone in need of care. Consequently, critics claim, poor people can get health care without passing the charges on to the middle class. But this health care isn't free -- in fact, standard treatment through a primary care physician is far cheaper than crisis care in an ER. Many hospitals aggressively bill emergency patients -- and their insurers -- to recoup the inflated costs of such care. Even so, they come up short. So who covers the shortfalls? Well, a significant source of hospital funding is taxes. For the rest, hospitals make up their ER losses by inflating the prices that insured customers pay -- and according to the Center for American Progress, this amounts to a $1,100 yearly "hidden tax" on health insurance. Put simply, emergency room care is already funded by taxpayers and the insured middle class. Granted, Obamacare will extend Medicaid to lower income families, and will subsidize health insurance for people who make up to 400% of the poverty line. On the other hand, it will also require people who can pay for health insurance do so, and will more aggressively prosecute Medicare fraud. More to the point, it will levy a 0.9% tax on households making more than $200,000 per year, and will increase taxes on medical machinery manufacturers, pharmaceutical companies, and insurers. Thus in all likelihood, it will actually reduce the burden on middle class families.

Myth 4: Obamacare is a socialist program. (FALSE)
Reality: Socialism is a system under which the government directly runs a nation's industries. Under this standard, New Deal programs like the Works Progress Administration and the Tennessee Valley Authority could, arguably, be considered socialist. After all, they represented instances in which the government directly employed people to build and administer power plants and other public works that generated income.  Obamacare, on the other hand, will work through private companies. Rather than directly providing health insurance, either through a national program or through some sort of public option, the government will require that people deal with private insurers. Far from competing with private industry, the health care law will likely give it a lot of new customers.

Myth 5: Obamacare will bankrupt small businesses by making them pay for their employees' health insurance. (FALSE)
Reality: The basis of this claim is a requirement that companies with more than 50 "full-time equivalent" employees must offer affordable health insurance to their workers. The insurance in question must not cost more than 9.5% of the employee's annual salary and must pay for at least 60% of covered health care costs. A big part of the disagreement over the impact of this requirement lies in how you define a "small business." According to the government, the cutoff line between a small and a large business is 50 "full-time equivalent" employees. In other words, if a company's weekly work load totals more than 1500 hours -- the equivalent of 50 employees working for 30 hours per week -- then it is, officially, a large business, and is required to provide a competitive health insurance option. As a side note, Obamacare contains a pretty significant tax break for businesses with up to 25 employees that offer health insurance.

FACT: Healthcare reform bill signed into law by President Obama will outlaw denial of insurance coverage to those with preexisting conditions.
In America, people with health problems but no health insurance long have struggled to find and afford coverage. To those with such preexisting conditions, America’s health system has seemed, at the least, capricious: Why has it been so hard to get insurance when you need it most? Insurers have seen this same problem from another viewpoint. Selling coverage to someone with a preexisting condition might be a bit like selling auto insurance to a driver who wants help with an already-dented car. Insurance is meant to protect someone against future events, not pay for things that have already occurred.

Mitt's Plan (http://www.mittromney.com/issues/health-care) - passing the buck to the (broke) states - (that's a plan to fail.)
On his first day in office, Mitt Romney will issue an executive order that paves the way for the federal government to issue Obamacare waivers to all fifty states. He will then work with Congress to repeal the full legislation as quickly as possible.  In place of Obamacare, Mitt will pursue policies that give each state the power to craft a health care reform plan that is best for its own citizens.

The Worst Part of Obamacare:
A requirement that all Americans obtain health insurance or pay a fine. Republicans challenged it as an unconstitutional expansion of federal power. The Obama administration argued that it was needed to fix basic flaws in the insurance market and that it was crucial to provisions like the requirement that insurers accept all comers without regard to pre-existing health conditions. (TRUE)
Many people who cannot afford insurance and did not bother to get insurance, may find they qualify for medicaid or state insurance which will mitigate this problem.  This may sound bad, but costs the tax payer less than the uninsured ER visits the tax payer pays today.  And if they can afford it, why shouldn't they be insured? Instead of a fine, have them automatically enrolled in a low cost no frills default healthcare plan and send them the bill.

Thank God for Obama who followed through on his campaign promise; this is why I changed to Democrat and voted for him last time, because he promised to do something to improve health care, and I will not sit by and have Romney repeal excellent legislation.  People first.... we show our love for one another by keeping and growing Obama Care!!  It's humane and it's needed.

I am a proud Mormon, but I have to do what is right, let the consequence follow.  The right thing is to get more people access to healthcare.  Thanks Obama for keeping your campaign promise.