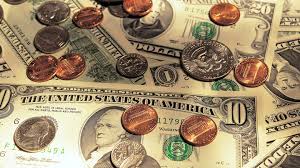 A recent study of Wisconsin's Medicaid program revealed that Walmart ranked first on state's list of Medicaid enrollment by employer. In other words, Walmart employees in Wisconsin comprise a plurality of the state's Medicaid recipients. Altogether, a single Walmart Super Center costs Wisconsin taxpayers about $900,000 per year in poverty subsidies for its employees, such as food stamps, Medicaid, school lunches, and housing assistance because the employees are paid significantly less than what is reasonably required to survive at a minimum standard. Most Americans have rightly decided that we will not allow our fellow citizens, especially children, to starve or go homeless. We have a safety net for the poorest Americans, most of whom live in working households. However, Walmart and all other minimum wage employers are passing on much of this burden from themselves to the taxpayers.

In economics this phenomenon is known as an externality, which is the affect of a transaction of two individuals on a third party who has not consented to or played any role in carrying out the transaction. In speaking about externalities the renowned economist Milton Friedman noted that, "there are real problems in that area, there is no doubt about that." A typical example of an externality is air or water pollution emitted by a factory. By emitting pollution, the factory passes on some of its operating costs to the local population in the form of adverse health consequences resulting from pollution. However, in the above case Walmart passes the costs of a living wage onto the taxpayer.

An important economic tool in combating this problem is the minimum wage. Conservatives often argue that the minimum wage hurts businesses and lowers employment. However, the consensus of over 650 economists at some of the top universities and think tanks in the U.S. (including several Nobel laureates), is that the minimum wage is "an important tool in fighting poverty" and helps "equalize the imbalance in bargaining power that low-wage workers face in the labor market." These economists argue that modest increases in the minimum wage "improve the well-being of low-age workers and would not have the adverse affects that critics have claimed." The Council of Economic Advisors, a body of top American economists who advise the President of the United States, reported in 1999 that "the weight of the evidence suggests that modest increases in the minimum wage have very little or no effect on employment."

Contrary to popular belief, most of the beneficiaries of an increased minimum wage are not teenagers, in other words, those who usually do not rely on their wages for sustenance. In fact, most minimum wage employees are adults, primarily women, who are also members of low-income working families. Lest you doubt that a minimum wage is insufficient income to survive, Morgan Spurlock's "30 Days" episode on minimum wage, where he and his fiancé experience first-hand the struggles minimum wage earning families face, clearly shows the nearly impossible task of subsisting on such low income.

It is critical that state and federal legislatures continue to ensure that the minimum wage is appropriately raised, not only enough to keep up with inflation, but to ensure a "living wage" that is sufficient to provide for the basic needs of life. The federal minimum wage is important as it sets a minimum standard for the nation. However, states and cities with higher costs of living should maintain an appropriately higher minimum wage. In this way, a living wage means that employers like Walmart no longer pass on those costs to the taxpayer.

In pondering poverty-combating measures such as raising the minimum wage, it is critical to put them into a spiritual context. Leaders of the Church of Jesus Christ of Latter-day Saints have repeatedly warned against huge income disparities. Orson Pratt, a first-generation LDS apostle, noted, "inequality in riches is a great curse," and "is the root and foundation of innumerable evils." The First Presidency and Council of the Twelve Apostles of the Church issued a statement in 1875, where they noted that "the people of communities and nations among whom wealth is the most equally distributed, enjoy the largest degree of liberty, are the least exposed to tyranny and oppression." The minimum wage helps combat income disparity. As President Franklin Delano Roosevelt stated in 1937, “our nation, so richly endowed with natural resources and with a capable and industrious population, should be able to devise ways and means of insuring to all our able-bodied men and women, a fair day’s pay for a fair day’s work.”