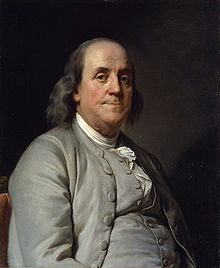 We all owe a debt of gratitude to our country’s Founding Fathers. Their drive and tenacity put into place the longest surviving constitutional republic in the world. The Constitution is nothing short of inspired; stitched together through compromise and collective experience. I do not believe it is chance that such an extraordinary group of individuals were able to set aside their vast differences and create a common document. I also believe that today’s presidents are equally inspired and have a deep commitment to the progress of our nation.

To any person mocking such a declaration, put aside your revisionist history and come to the realization that our founding fathers were not infallible, but plagued with moral weakness. If these individuals were alive today any respect would be capsized and crushed. Can you imagine the reaction if Alexander Hamilton admitted having an affair? Or how the media would treat Benjamin Franklin’s constant womanizing and correspondence with women half his age? Could James Madison’s pride be embraced with public endearment?

In today’s society we use fictional measuring sticks to determine the morality of our leaders. For example, in an attempt to discredit President Obama, labeling him a Muslim invokes a litmus test our Founding Fathers would have mocked. These past thirty years religion has played a vastly different role in our society. Recently I was told by a friend that Thomas Jefferson was actually a Christian. Really? Which Thomas Jefferson? The Thomas Jefferson that wrote the Declaration of Independence was such a disbeliever in the divinity of Christ, he re-wrote the New Testament removing any miraculous event or divine connection to God. Jefferson is not alone; most of the presiding Founding Fathers were not Christians, but Deists. Each had a driving belief in a supreme being, but carried views of Christ similar to Jewish doctrine. Yet these views did not hinder their productivity, or disqualify them from office.

Revisionist history also purifies how our Founding Fathers created policy. We all agree that President Obama has been plagued by support for his policies, but his challenges are trivial when compared to the distrust the Anti-Federalists had for the Framers. The ratification of the Constitution was miraculous given the unsettling nature of central government, and was passed through mischievous methods including hijacking newspapers for propaganda. The Framers ignored laws when they felt justified; the ratification of the Constitution was a great example of their contempt for the Articles of Confederation. Yet today we try to rationalize any change to the status quo by digging up antiquated ideas. Resolving issues like abortion, gay marriage, firearms, and immigration by filtering through the eyes of the deceased is a practice those same men would abhor.

Our Founding Fathers would never measure up to the scrutiny and criticism of today’s society. Our media outlets would be relentless and unforgiving exploiting each of their flaws and depicting their compromising spirit as weakness. Perhaps this is the reason I ignore unsubstantiated criticism for President Obama. Pessimism is contagious, uninspiring, and unproductive. Now I am not advocating we forgo all distrust of our government and leaders, as passionate debate and scrutiny are the foundation of our democracy. What I am suggesting is putting aside character assassinations and focusing on political productivity.