Dear Allies: Instead of Voting for McMullin Help Us Get Out the Vote for Hillary

Recently, we at LDS Dems have been fielding queries from friends about whether they should engage in tactical voting and support Evan McMullin to deny Donald the state's electoral message. The short answer: NO. The long answer:

Is still NO. But allow me to elaborate.

First, yes, I am aware that Trump is a dangerous, foolish, yugely corrupt, unprepared man who has no business in the White House. And I know that after losing statewide race after statewide race, it's mighty tempting to deny the GOP a win by tilting it to ANYBODY, but here's the deal:

Hillary is trying to win, Hillary can win, Hillary winning the state will be good for Utah and for national politics at large, and you have a small window to get involved in something big.

Hillary is trying to win Utah

As McKay Coppins first reported, HFA has dispatched has added five paid staffers to the Salt Lake field office. They've arrived, and they're awesome. Thanks to them, we have social media things to share like this: 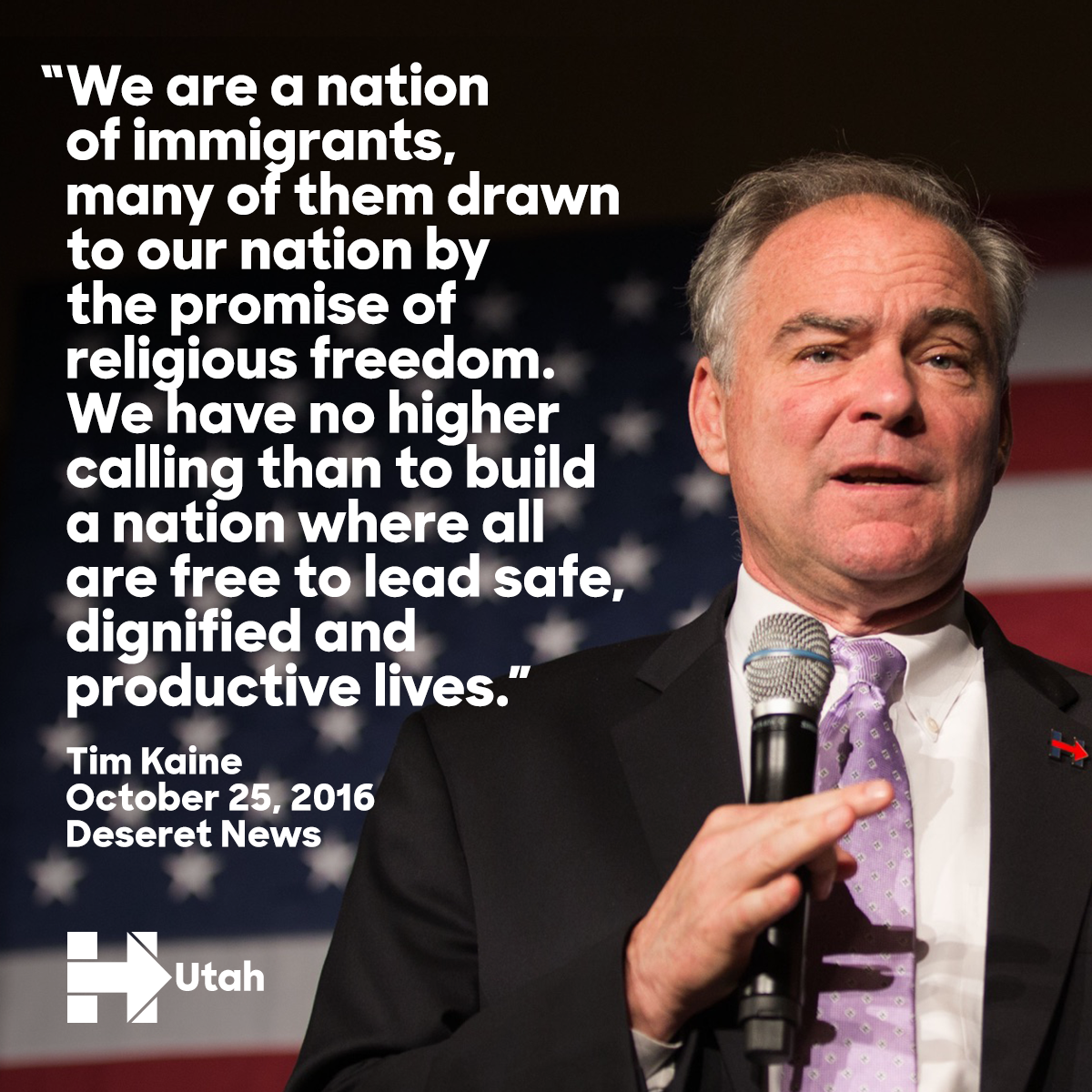 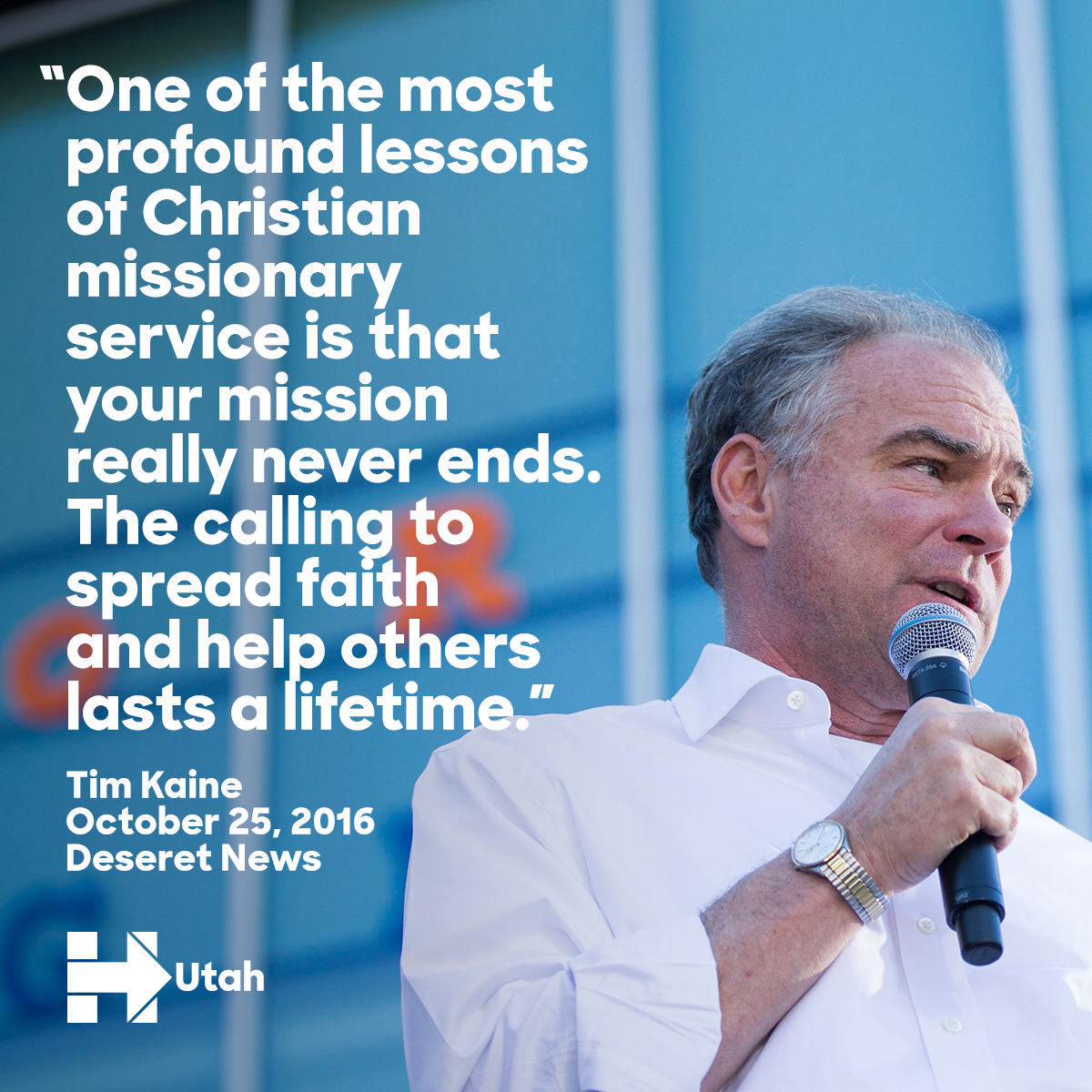 In addition to Tim's op-ed, we have op-eds from Hillary's LDS speechwriter, a homeschooling advocate, an EFY rockstar-turned-therapist, a healthcare advocate, a close friend of Mitt's, one of the first women honored by the Hinckley Institute, and Hillary herself, most from grassroots supporters and all in the Deseret News. I hope you're sharing them as appropriate.

The Hillary for Utah staff is also responsible for putting together events and images like this one: 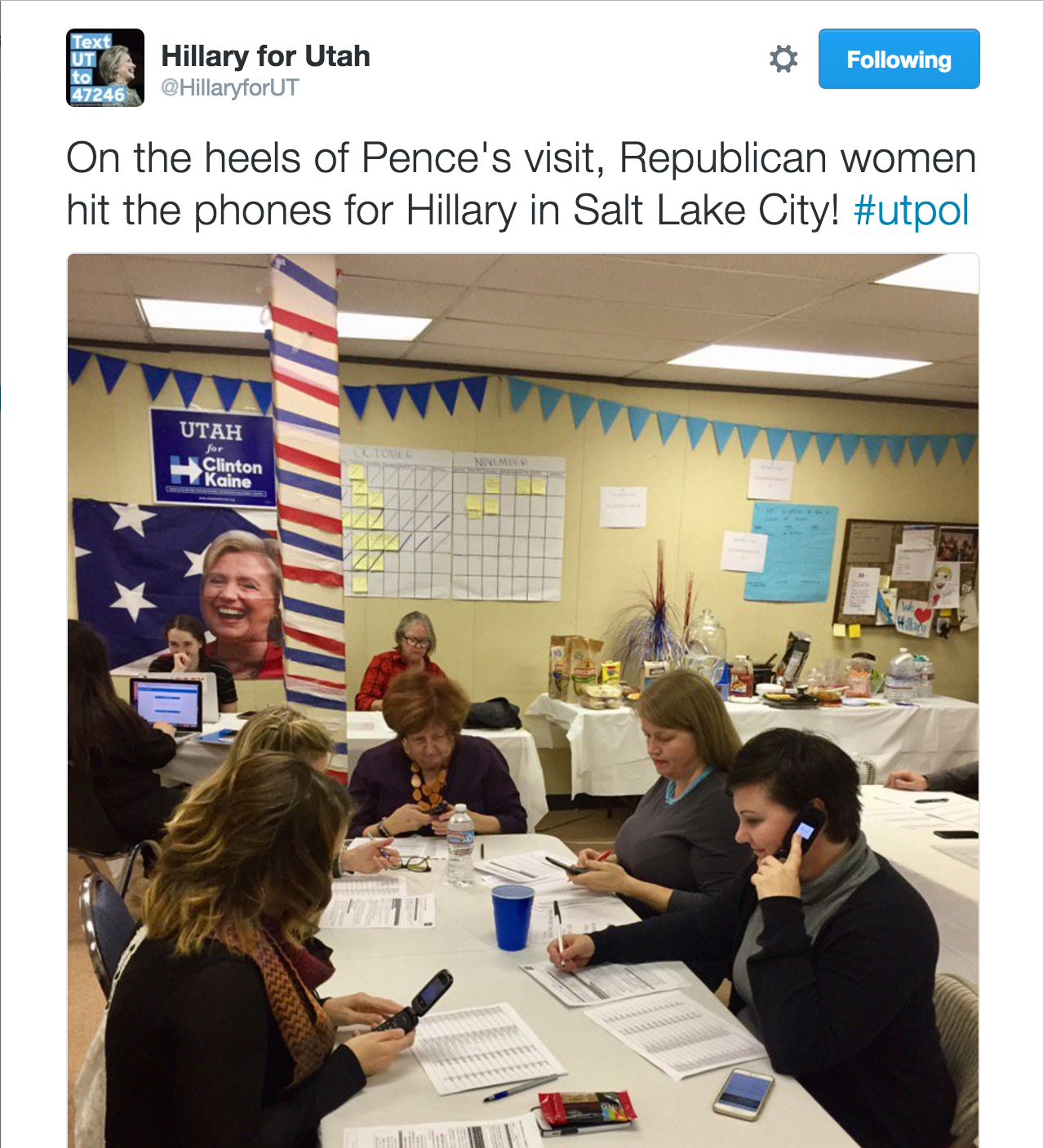 If you see this post soon enough, you can even go grab a free slice from the Pie Pizzeria and show the DNC the enthusiasm in Utah for an alternative to the debauched GOP.

And all of this work is building on a foundation we've been constructing for years, campaigning we've been ramping up ever since Trump got the nomination. (If you haven't seen LDS Dem's tweetstorm on why to support Hillary, I strongly recommend that you check it out. It's also available as a Facebook photo album from Mormons for Hillary here.)

Going for Utah is the play that has been called and we're doing our utmost to execute it.

I'm obviously more involved in the campaign than I was when I wrote this about how it might happen. The reason? I am convinced that Hillary can win, particularly with a strong ground game and a broad coalition based around the idea of standing on principle, fighting for families, and repudiating Trump.

Statewide Democratic candidates for President and Senate have recently been taking 32-35% of the vote. In 2008, where the GOP nominee was a mismatch for Utah (though not as significantly as Trump), Barack Obama managed to get 34% of the vote. With three major candidates and three minor candidates contesting the state, 34% is almost certainly good enough to turn Utah blue on the map. At the high twenties in many recent polls, Hillary's within striking distance.

Two reminders and an observation: Polling tends to undercount the young, Spanish- (and other foreign-language) speaking voters. Polling three-way races is notoriously tricky. And, finally, with a Senate race that is (sadly) looking like a blowout and with Hillary expected to dominate in East Coast swing states like Pennsylvania, Virginia, North Carolina, and Florida, there's a good chance strong-GOP turnout will be diminished, shifting the electorate the day-of in a favorable way.

But this only works if we don't get caught up in crazy tactical-voting schemes AND if we help get out the vote.

Hillary winning will be good for Utah and the nation

Imagine the satisfaction of seeing Utah blue on the electoral map.

Imagine four years of Orrin Hatch, Mike Lee, and Jason Chaffetz not being able to point to Utah's electoral vote as a reason to oppose everything from the new president and having to, perhaps, occasionally legislate.

Imagine what Utah repudiating Trump, not by going for a Mormon guy but a Methodist lady with THAT NAME will do for:

(Side-note from the history teacher in me: while there are problems with the two-party system, it was also baked into the Constitution by James Madison-- first past the post voting, electoral college, majority of electoral college votes needed to win presidency together guarantee that politics will be dominated by two, large, national coalitions, or, if you will, "parties.")

You can help Hillary win UTAH

Not to go all St. Crispin's Day on everyone, but wouldn't it be great to not only see Utah flip but be one of the ones who helped make it happen? Amazing, and you only have twelve days left to get involved, to lean in, to do more.

First, sign up with Hillary for Utah to get the emails about the phone banks, the canvassing, the rallies. The more volunteers, the more we can do. (Also, the more likely that we get more surrogate visits-- imagine Elizabeth Warren in Salt Lake, or Tim Kaine in Provo or South Jordan or Logan.)

Then familiarize yourself with resources. Many are listed here. New resources and announcements are also being shared on the Facebook pages for LDS Dems, Mormons For Hillary, Hillary for Utah, and Mormon Press. For those of you on Twitter, checkout those pages' twitter accounts and also @MormonsWithHer. This isn't 2004-- even for LDS Utahns, there's a lot of institutional support for centrist, left-of-center, and left politics. 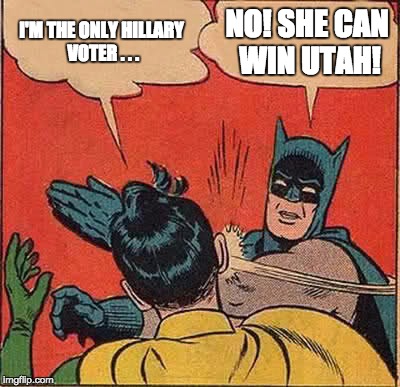 You'll note I've said nary a word about Evan McMullin. Why would I? We have an alternative to Trump who is an accomplished, experienced leader. Let's support her. 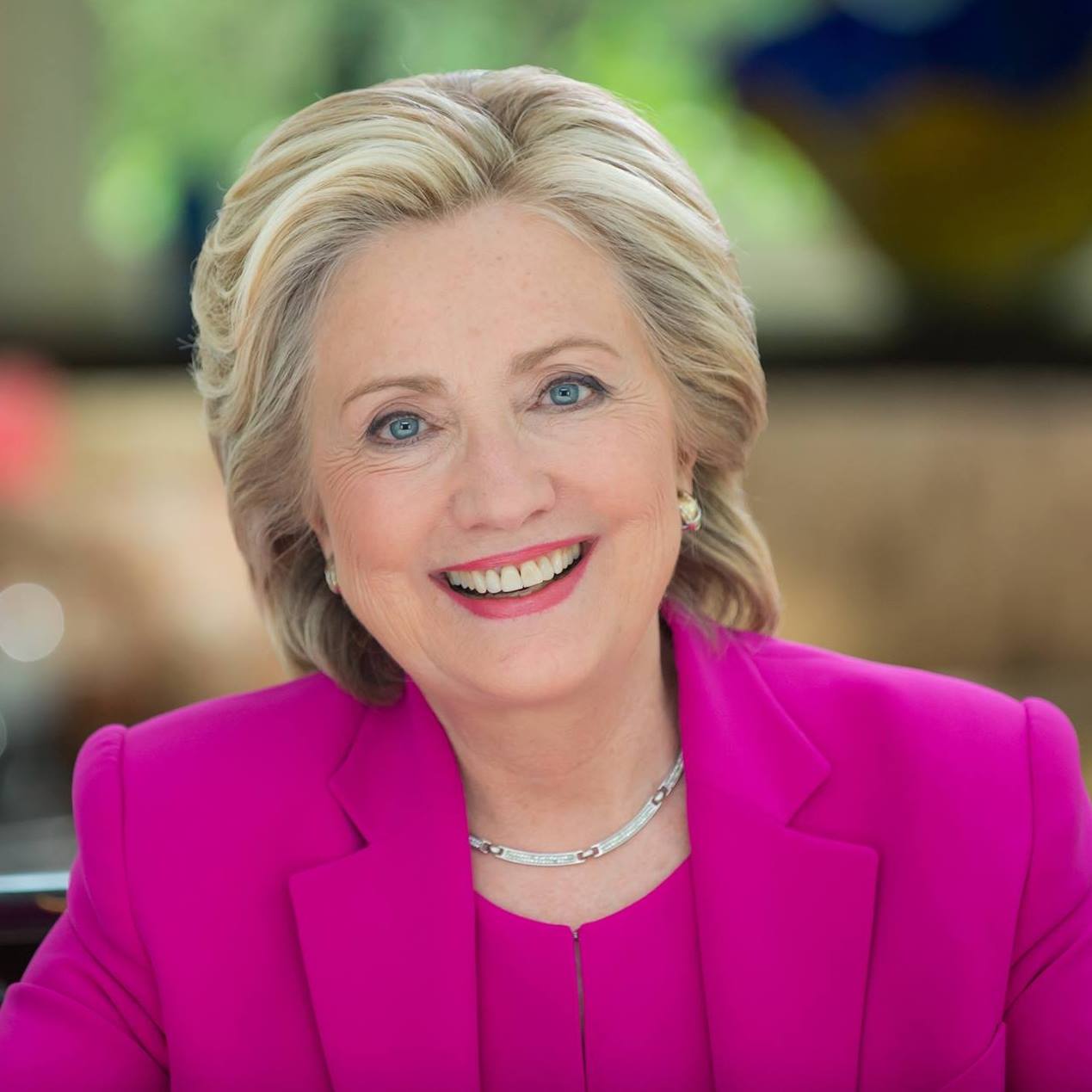