A New Page in US-Cuban and US-Iranian Relations

In recent weeks, the US has seen dramatic changes with two age-old policies as relations have begun normalizing between our nation and Cuba, and the historic nuclear agreement negotiated between the United States and Iran. These two policy changes are monumental achievements for the Obama administration considering the five-decade embargo and travel ban regarding Cuba, and a warming of relations with Iran that have been icy at best for over 30 years.

Regarding the normalizing of relations with Cuba, Rep. Jim McGovern said, “Today is a historic, long overdue day. At long last, the Cold War policies of the past five decades are almost over. I have long supported normalizing relations between the United States and Cuba, easing travel restrictions and allowing greater engagement between our two peoples. The changes announced today by President Obama open the way for a more mature and productive relationship between our nations.” The US Chamber of Commerce echoed Rep. McGovern’s support, stating "We deeply believe that an open dialogue and commercial exchange between the U.S. and Cuban private sectors will bring shared benefits, and the steps announced today will go a long way in allowing opportunities for free enterprise to flourish." 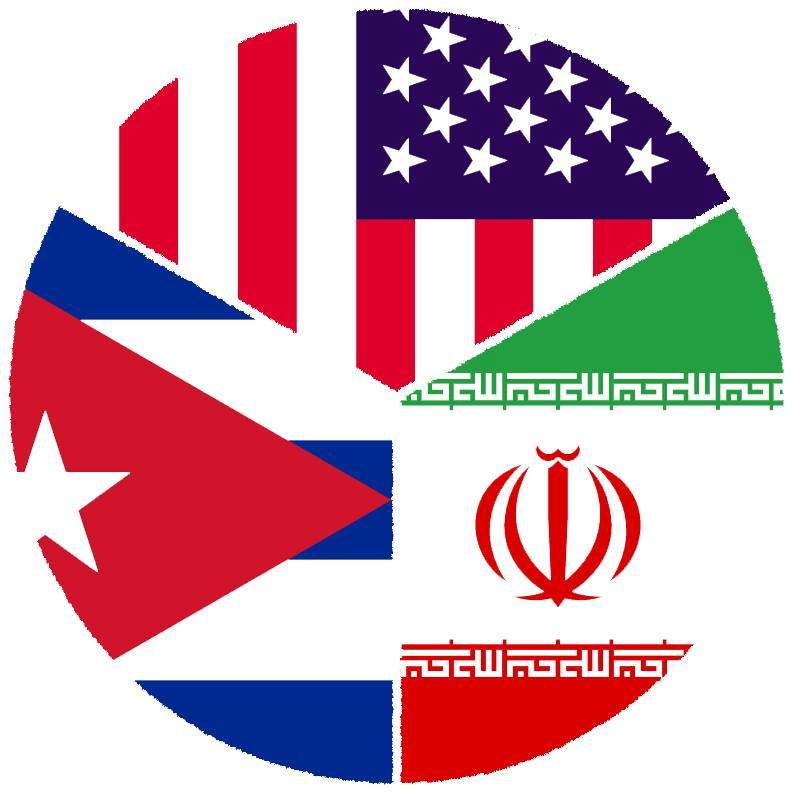 In relation to the Iran nuclear deal, former Secretary of State Hillary Clinton said that “This is an important step in putting the lid on Iran's nuclear program." Her prime challenger for the 2016 Democratic presidential nomination, Vermont Senator Bernie Sanders, said “I congratulate President Obama, Secretary Kerry and the leaders of other major nations for producing a comprehensive agreement to prevent Iran from obtaining a nuclear weapon. This is a victory for diplomacy over saber-rattling and could keep the United States from being drawn into another never-ending war in the Middle East. I look forward to learning more about the complex details of this agreement to make sure that it is effective and strong.”

In regard to both policy shifts, to the right—as one might fully expect, at this point—the sky is falling. The Los Angeles Times culled a list of quotes from politicians on the change in Cuba policy, and NPR has a nice collection relating to the Iran nuclear deal. When you get past the hyperbole, it really is amusing to see the stark difference in reaction coming from a majority progressives and conservatives. On the right, there is nearly universal fear, paranoia, and naysaying regarding both policy changes. On the left, the changes in policy are largely viewed as beneficial not only for the US, but the partnering nations, and are seen through a lense of hope and, at the very least, cautious optimism.

Some of this can, undoubtedly, be attributed to the hyper partisan nature of politics at the moment. I have, and continue to, maintained that if Mitt Romney had won in 2012 and made the same moves President Obama has regarding the normalizing of relations between Cuba and the United States, and had his team negotiate the same nuclear deal with Iran, the GOP’s current contenders for the presidency would be singing his praises instead of condemning him outright. Well, except perhaps Donald Trump, but that’s a different story for a different day.

The point is, the change in policy toward Cuba and Iran are monumental, and credit should be given where credit is due. President Obama and his administration have done what his predecessors for the last 30-50 years have been unwilling or unable to do. Do we have reason to be skeptical of Cuba and Iran? Absolutely. Should we keep a close eye on them? Of course. But should we maintain a steady dose of cautious optimism? I believe we should. 2 Timothy 1:7 reads, “For God hath not given us the spirit of fear; but of power, and of love, and of a sound mind.”

For better or worse, the political landscape is changing. These changes in policy are, I believe, for the better, particularly if they are, as Senator Sanders said, “a victory for diplomacy over saber-rattling and could keep the United States from being drawn into another never-ending war.” It’s for this reason I hope the spirit of power, love, and a sound mind triumphs over the spirit of fear.