I'm a Mormon and I Stand with Planned Parenthood #standwithPP

I am an active, believing temple recommend holding member of The Church of Jesus Christ of Latter-day Saints.

I am also a board member of the c4 arm of the Planned Parenthood Association of Utah.

These two things are not a contradiction.

As my Church teaches, I am morally opposed to abortion except in the instances of rape, incest, and extreme endangerment to the mother. I will never personally have an abortion except in those cases. Indeed, even if I ever find myself in any of those situations, I’m not sure that abortion would be my choice.

However, I also believe the Constitution of the United States is an inspired document and I believe its authors — our Founding Fathers — got it right when they separated Church and State. Hence neither my or anyone else’s religious beliefs should define policy. I recognize that not all Americans share my moral beliefs on abortion and therefore I follow the Clinton school of though: that abortion should be safe, legal, and rare. It’s not government’s job to legislate rarity. That is the job of education and prevention. Both services, incidentally, happen to be provided by Planned Parenthood.

It is immoral and wrong to place your religious beliefs ahead of another’s when it comes to policy. This is why I proudly stand with Planned Parenthood. 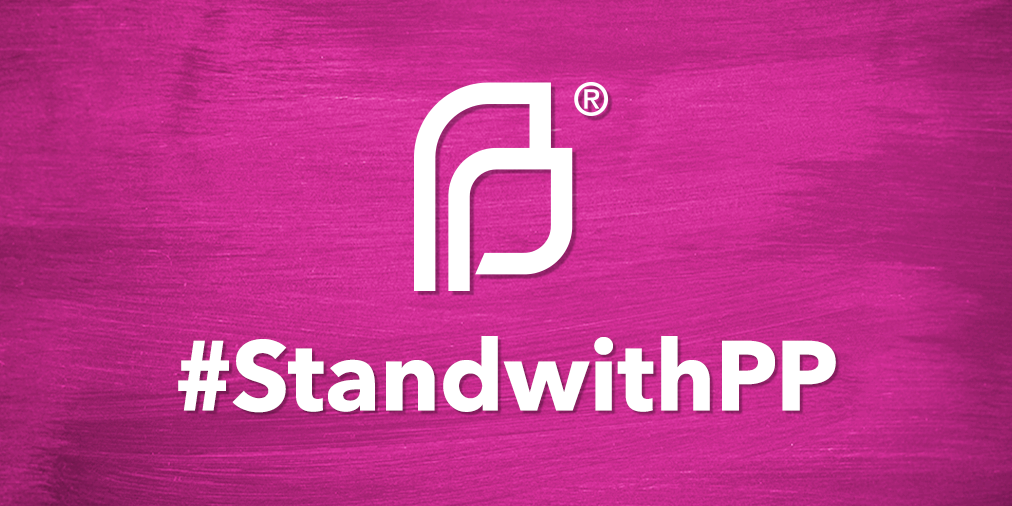 Now, Planned Parenthood is so much more than simply a provider of abortions and defender of a woman’s right to choose. Through my service on the Utah board, I have come to see that Planned Parenthood is rather amazing. Planned Parenthood provides factual, necessary sex education (which has been proven by many studies to be a major, if not the #1, preventer of unwanted pregnancies). PP provides reproductive health services for women AND men, with and without healthcare. PP is a full-service OB-GYN facility. A doctor at a PP facility can administer your annual pap smear, install an IUD, prescribe birth control pills, and treat an STD, among many other services. I often tell people that I wish there was a similar organization to PP that provides general healthcare, not just reproductive services, for those without insurance. PP provides materials and education necessary for safe sex. PP actively advocates for freedom in reproductive health. I can’t even list all of the positive initiatives perpetuated by PP. Spend an hour on their website, and you will leave impressed. Further, a PP staffer will never try to pressure a woman away from adoption or keeping a child and towards an abortion. They will simply educate the woman on her options and support her in whatever choice she makes.

I know several LDS women who have needed abortions in the cases of rape, incest, and endangerment. Two are very close to me. One was my former Young Women’s president, who had to abort her fallopian tube pregnancy. Once upon a time, when I was a politically conservative teenager, I judged her for her choice. I thought it was better that she died then kill a baby (even though that baby wouldn’t have been able to live). I have since repented for this horrific, horrific sin of judgment and I am grateful for Christ’s Atonement that enables me to repent for my past sins. The other woman is a former elected official and dear friend. I am very glad that both of these women are alive and they are only alive because abortion is safe and legal. Without their abortions, they would have died with their pregnancies and never would have never my life.

Why am I writing this post now? Because there are lies being perpetuated on the internet.  Heavily-edited videos supposedly shows a senior Planned Parenthood Federation of America (PPFA, the mama organization) staffer negotiating the sell of fetal tissue resulting from abortion. Another video shows bloody footage of abortions. Rule #1 of the internet: don’t believe everything you see and read. The video is a lie. 10 times the staffer states PPFA doesn’t sell fetal tissue for profit, and in all 10 instances, this was edited out of the video. Yes, a woman may legally donate the fetal tissue in some states, and in those states where this is legal, PPFA affiliates follow all laws and established ethical practices and in 0 of those cases does the PPFA affiliate benefit financially from the donation. And yes, the staffers tone is terrible and PPFA has apologized. Utah law states that fetal tissue cannot be donated and must be sent to a state pathologist; therefore, Planned Parenthood Association of Utah does not have a tissue donation program.

We Mormons “believe in being honest, true, chaste, benevolent, virtuous, and in doing good to all men.” We Mormons also believe in the importance of agency and freedom. Act with honesty and stop circulating and believing a video based on lies. The creators of this lie are likely to release more videos. Don’t believe them. As a lover of truth, seek out the facts. While I’m on the topic, my dear, fellow Mormons, it’s time for us to fight for real religious freedom. Religious freedom isn’t just taking government out of religious beliefs and practices, it’s also taking religion out of government.