Why Campaign Zero: Four Stories About Interactions With Police

Cross-posted with permission from FEMWOC: Feminist Mormon Women of Color.

Recently, several young activists and groups of activists have come together to launch a platform called “Campaign ZERO.” The website states:

“Campaign ZERO was developed with contributions from activists, protesters and researchers across the nation. This data-informed platform presents comprehensive solutions to end police violence in America. It integrates community demands and policy recommendations from research organizations and the President’s Task Force on 21st Century Policing. Together, we will win.” 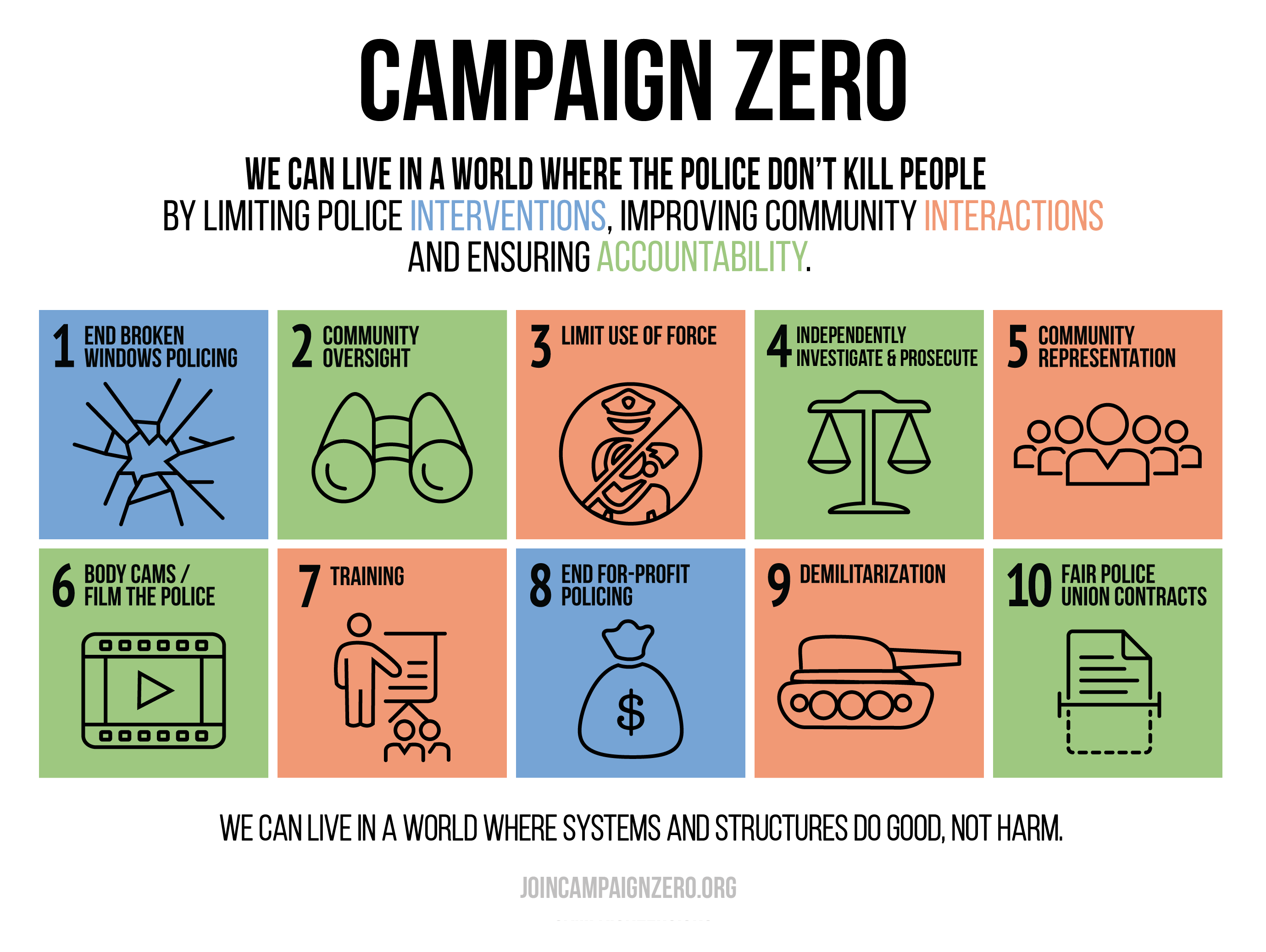 The proposals call for new laws and policies at the federal, state, and local levels that fall into three overall categories:  Interventions, Interactions, and Accountability. The proposals focus on 1) eliminating unnecessary interventions by law enforcement officials in our daily lives by doing such things as banning racial profiling and banning quotas for tickets and arrests; 2) establishing certain requirements and guidelines that must be followed by law enforcement officials in their interactions with members of the public by, among other things, limiting the use of force and by making certain tactics, such as “chokeholds” or “hog-ties” illegal; and 3) ensuring that law enforcement officials who do not adhere to those requirements and guidelines are held accountable, by doing such things as establishing “civilian oversight structures” and by requiring the collection of “audio and visual data of police interactions.”

As I was reading the proposals, I could hear the questions that would be raised about whether they are truly needed.  I began to formulate my own responses to those questions by recalling several vignettes involving my personal interactions with law enforcement officials and the lessons I learned from those interactions.

The first vignette was from the late 1960s when I was living on a farm outside the small town of Greenville, Georgia. My mother had driven us up to Atlanta to meet her older brother (my Uncle Adam) who had driven down from New York and several other relatives, and then we intended to form a caravan and all drive back down to our farm.

As we were getting ready to get  into our cars, my mother was cautioning Uncle Adam that he needed to be especially careful to abide by all the speed and traffic laws while we were in Fayetteville, Georgia. To make sure my Uncle Adam got the point, my mother told him several tales of Black men who had been stopped in Fayetteville and who had to use all of their funds to pay their fines or who had to stay in jail until their friends and relatives could pay their fines.

She then issued a specific warning to him. I can still vividly remember her words: “Adam, you are a big Black man driving a big, expensive car with out-of-state plates. They will find any excuse to stop you and any excuse to rack up the fines on you.”

At that time, cell phones had not even been imagined. So, when my mother felt the need to reiterate her cautionary message to Uncle Adam, she had to signal to us all to pull off the road. She repeated her warning, placing special emphasis on the fact that my Uncle Adam, who was over 6 ½ wore a size 15 shoe, was a big, Black man.

We made it safely through Fayetteville that day without my Uncle Adam (or anyone else in our caravan) being stopped by the police. But, I remember how tense and worried we all were as we drove through the town and how, with my mother leading the way, all of the drivers made sure that their speeds were well below the posted speed limits.

The second vignette was in the mid-1980s when I was working as an Assistant Attorney General in the Georgia Attorney General’s office (or State Law Department). I was assigned to Division 7 and handled discrimination cases and was the lead attorney on all the cases where the federal EEOC had challenged the mandatory retirement ages of several state law enforcement agencies. One of those agencies was the Georgia State Patrol.

To experience, fully and completely, the challenges faced by officers in the Georgia State Patrol, and be in a better position to defend the mandatory retirement age, I decided to ride with officers in several different areas of the state. The first area I chose was in rural southwestern Georgia. I drove down from Atlanta in my state vehicle and was introduced to the patrol officer with whom I would be riding. He was described to me as a “go-getter” and one of the most productive patrol officers in the area.

I spent the entire day with him riding up and down the highways in the area to which he was assigned, and I soon began to realize why he was described as a “go-getter.” At one point, he had pulled over an eighteen wheeler for speeding and was in the process of writing the driver a ticket when a Camaro blew past us going at least eighty miles an hour. The patrol officer kept the license of the truck driver, told him to stay put, jumped back into his vehicle, and we began speeding down the road trying to catch the Camaro. As we sped down the road, and I searched desperately for yet another seat belt to buckle around myself, he realized that we would not catch the Camaro and radioed ahead to another patrol officer.

Throughout the rest of the day, he continued to stop numerous drivers who were either speeding or not following some other traffic law. He shared with me that he generally did not stop people who were going less than ten miles over the speed limit because he did not want to get caught up in an argument about whether his instruments were calibrated correctly. However, if it was the end of the month or the end of the quarter and he had not met his goals, then he would stop people who were going even three or five miles above the speed limit.

The third vignette was in the mid-1990s when my mother was serving as a county commissioner. I accompanied her to one of their monthly meetings and listened attentively as they dealt with all the issues of a county in rural Georgia where many of the roads were not paved and did not have official names (much less street signs) and most of the residents relied on private wells and septic tanks for water and sewer service. As I sat through that meeting, I learned that a significant portion of the county’s unrestricted revenues came from fines for violation of speeding and other traffic laws and that the deputies and police officers were each “expected” to generate a certain amount of revenue.

The fourth vignette happened just last month. I had planned a trip to Utah and had not finished all the work that I needed to do at my office. So, the morning that I was scheduled to leave, I got up early and headed to my office to finish a few more things.

As I was driving to my office, I passed a spot where a police officer usually waits hoping to catch an unsuspecting driver or two. Sure enough, the police officer was sitting there. To my dismay, however, as soon as I passed him, he pulled out behind me and started following me. My dismay turned to agitation and fear as he stayed behind me and kept following me for the next few miles. Even though I knew I was not speeding, that my tag and registration were up-to-date, and that I had not done and was not doing anything that would warrant the police officer stopping me, I was so afraid that I could literally taste the fear in my mouth.

Despite my efforts to calm myself by saying out loud that there was nothing to worry about and that even if he did stop me, it would be okay, I could not stop my mind from forming pictures of me being forced to exit my vehicle and being thrown to the ground. The officer was not behind me for more than five or ten minutes, but those five or ten minutes were filled with fear.

As I thought about those four vignettes, four things became very clear to me:

If we as a country want to prevent interactions with police officers from turning into situations where more lives are lost, if we really want to usher in a new day for all of us in our interactions with police, if we really want police officers to be viewed as public servants who protect and serve rather than government armed and sanctioned bullies, action needs to be taken on each one of the proposals that have been made by We The Protesters.